Mr. Kenneth Jarrett joins the Advisory Board of the Mr. & Mrs. S.H. Wong Center for the Study of Multinational Corporations 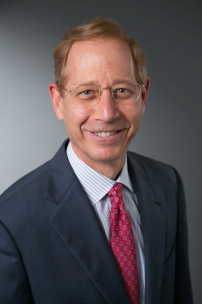 Mr. Kenneth Jarrett has joined the Advisory Board of the Mr. & Mrs. S.H. Wong Center for the Study of Multinational Corporations. He is a Senior Advisor with the Albright Stonebridge Group, a strategic advisory firm based in Washington, D.C. He previously served as President of the American Chamber of Commerce in Shanghai from September 2013 to December 2018. Prior to that he was the Greater China Chairman for APCO Worldwide, a Washington-based public affairs consultancy, and before that a U.S. diplomat. During his 26-year diplomatic career, his postings included Consul General in Shanghai, Deputy Consul General in Hong Kong, and Director of Asian Affairs at the White House National Security Council. Mr. Jarrett has degrees from Cornell University, Yale University, and the National War College. He is the recipient of the Magnolia Award (Silver) from the Shanghai government and is a member of the National Committee for U.S.-China Relations.