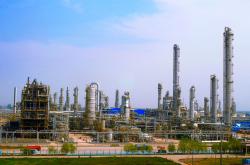 The sky for foreign direct investment (FDI) in the People’s Republic of China (PRC/China) is falling per a slew of recent news articles. The evidence? A large percentage of China inward FDI (IFDI) is from Hong Kong and a notable percentage of this money is “round tripping” (i.e., money flowing from the PRC through Hong Kong and then back to the PRC). In addition, more companies are shifting operations to other destinations. Moreover, new (European) FDI is stagnant and overall (European) FDI increasingly concentrated, with little to no mergers and acquisitions (M&A) activity. Beyond this, optimism about China is dropping with Boards and management teams now focused on China problems rather than prospects. As if this was not proof enough, China is pulling out all the stops to placate foreign investors as shown by recent top Chinese Communist Party (CCP) and government leader actions and statements.

Articles in Chinese official media continue to tout statistics illustrating strength in the country’s IFDI flows, 16.4 percent growth for the period January to August 2022 year over year. Furthermore, many of the countries on the China decoupling or denigration train (e.g., Germany, Japan, and the United States/US), ironically, are some of the biggest sources of investment! On top of this, investment in manufacturing and high-tech remains quite robust.[i] The critics retort that much of this investment involves “round tripping,” is poor quality FDI (services, not manufacturing), and that China’s IFDI reflects some unhealthy patterns in recent years like, as noted above, increasing concentration in (European) FDI players and a dearth of European M&A.[ii] And, chime the naysayers, do not forget that FDI is leaving China for India, Vietnam, and elsewhere. Netting this out, things may be bleaker than we presently realize!

The round tripping problem is a well-known one, though you would not know it from recent news reports. While the problem merits attention, much money coming from Hong Kong is not from the PRC and even “round tripped” money may not have PRC origins. As for the charge IFDI is going into services not manufacturing, news report frequently fail to define “service” IFDI, giving the misimpression it has nothing to do with high-tech, manufacturing, or areas where China wants FDI, when it actually may. Regarding the concentration of European firms, lack of new FDI entrants, and he absence of M&A, it is unclear what such data tell us. After all, European firms are mainly in manufacturing so concentration is hardly odd. As well, the Netherlands (1 of the identified big 4 IFDI source countries) is a well-known tax haven so it is possible this FDI is from other European countries. Relatedly, FDI counts do not paint the same picture about concentration as do FDI amounts. The assertion that there should be more M&A just because China is a mature economy is debatable given the sectoral distribution, ownership advantages, and needs of likely European entrants into China. As for the “trickle may be turning into a flood,” some operations have left China, but the trickle is not even near a serious light rain and its significance in terms of how much and what is leaving seems, at present, little. Time after time, analysts have shown that China has an agglomeration of attributes that lock firms into China, a fact even alarmists acknowledge.[iii] It must be noted that many companies in China are producing for China—it thus is extremely unlikely they would leave en masse.

Foreign investors attitudes have changed with “foreign business confidence…at all-time lows.”[iv] Yet, the level of optimism is not that low; there is significant variation in attitudes depending upon the source country, sector, and firm size; and many of those “talking about,” “considering,” or “looking” are doing little more than that. What is ignored in many stories that selectively cull data from Chamber of Commerce surveys and other reports is that many companies are still making substantial amounts of money from their China operations, see encouraging possibilities in multiple areas, and decry problems that have been or will be addressed. From a bargaining standpoint, one would hardly expect Chamber leaders to stress everything is perfect when they want to encourage reforms. The direness of the current FDI situation is further illustrated, in the eyes of some, by recent Chinese steps to court investors including promises of new reforms, initiatives to improve investor services, and PRC Vice Premier Han Zheng “unusually” attending the opening, at least virtually, of a BASF chemical factory.[v] Many of these promises and initiatives are not new, none represent dramatic policy changes, and BASF is hardly your average investor given its China head also heads the European Chamber of Commerce in China!

The point here is not that there are no serious problems facing foreign investors. There are many short- to medium-term challenges such as China’s Covid controls, property bubble, and slowing consumer confidence/spending.[vi] There are numerous longer-term ones such as US-China tensions, a more unfavorable geopolitical environment, rising costs, the dominance of state-owned enterprises (SOEs), and a lack of progress on enduring issues such as market access, level playing field, and IP protection.[vii] The point is that companies should avoid rash decisions based on all the current negativity much as they should have avoided rash decisions based on all the past hype. There is still treasure out there, but it may be less, may take longer to accumulate, and may necessitate more risks than before.

[iv] Mycroft, “China’s Economy is Losing is Lustre, but US Firms Say It’s Irreplaceable in the Short Term.”

*The information used herein is gathered from sources believed to be reliable, but the Wong MNC Center does not guarantee their accuracy. The content in this section does not necessarily represent the official view of the Wong MNC Center, its Board of Directors, or its Advisory Board.