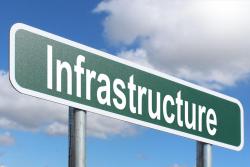 At the recent Group of Seven (G-7) meeting in Germany, the attending countries put forth the “Partnership for Global Infrastructure and Investment” (PGII), which is a revised version of the Build Better Back World (B3W) scheme that was launched at last year’s G-7 meeting. While there was never any concrete figure attributed to B3W, the United States (US) touted B3W would catalyze “hundreds of billions of dollars of infrastructure investment” for developing countries. B3W was never just about more money, but “better” money—money lent or invested based on good governance standards regarding anticorruption, labor, and transparency, with attentiveness to environmental and social sustainability, and full consultation with local stakeholders. PGII shares this emphasis on better money and seeks to mobilize $600 billion for the endeavor by 2017. The US and Europe are supposed to provide, respectively, $200 billion and $317 billion of this total by mobilizing grants, development finance institutions, and private capital. The PGII seeks to support infrastructure investments in a core set of areas such as digital technology, gender quality, green energy, health care, and so on. The PGII does not just represent a reconstitution of B3W. It also encompasses goals, plans and programs, and values found in European Union (EU) initiatives such as Global Gateway and its sub-component Global Gateway Africa – Europe Investment Package, the United Kingdom’s Clean, Green Initiative (CGI), and Japan’s Partnership for Quality Infrastructure (PQII). These initiatives have their unique regional and project emphases as one might expect. For example, the EU’s Global Gateway affords significant attention to Africa and hard and soft infrastructure while Japan’s PQII focuses on Asia and hard infrastructure.

Many of these infrastructure schemes take it for granted the private sector will play a major role. Putatively emboldened by home government and regional organization (e.g., EU) enthusiasm and rhetorical support and, more substantively, investment and loan guarantees and project financing, businesses will invest, construct, and partner more. However, most multinational corporations (MNCs) should avoid taking stock in PGII or other programs in this alphabet soup of infrastructure investment initiatives. There are five reasons for this. First, the countries most likely to participate in the scheme face serious economic, fiscal, governance, education system, infrastructure, and political problems that present huge risks for investors, contractors, and lenders. What this means is that participants generally will be ideal partners for long-term, risk tolerant investors such as other governments and international financial institutions, not private companies. Second, it is not clear the G-7 countries or EU will mobilize the massive sums noted in the media. This was true even before the threats of inflation, recession, and stagflation reared their heads given the fractious political environment extant in G-7 countries like the US and the UK and other factors. Third, as one analyst pointed out in a commentary on B3W uptake by Middle East countries, many governments do not want funding on the terms these initiatives require. Fourth, the infrastructure priorities of PGII, Global Gateway, and PQII, among others, may not sync with developing country priorities. Many of them still covet large-scale infrastructure projects such as bridges, high-speed railways, and special economic zones because of their potentially transformative developmental effects. Fifth, given the informal nature of the G-7, the existence of multiple plans, and the large number of players at the national, regional, and global level, it will be a daunting task for the PGII’s proponents to collaborate and coordinate sufficiently.

There is little doubt the PGII—like its cousins Global Gateway, CGI, and PQII—represents a counter to China’s Belt and Road Initiative (BRI) even though the PGII’s proponents will not admit this. The BRI, which came into being almost 10 years ago and represents a huge, global infrastructure connectivity initiative that has morphed over time from a primary focus on transportation infrastructure such as airports, roads, and seaports to include cultural exchange, education infrastructure, power grids and plants, telecommunications, and smart cities. The BRI is widely misunderstood with policymakers, pundits, and researchers regularly making questionable or, worse, erroneous claims about amounts invested or lent, the state of infrastructure projects, and the longer-term economic, environmental, and political effects of these projects if they come to fruition. Moreover, as a result of the pandemic, China’s economic challenges, and the backlash against the BRI in various places, it is likely the BRI will evolve in form and scale. There also is an insufficient appreciation of the reasons that host/participant countries embrace the BRI. These two misunderstandings raise two potential risks for the PGII. One is that it may be overly expansive: causing the PGII to tilt against windmills that do not exist. A second is that, despite its claims of full consultation with stakeholders, it may offer programs and projects that receive limited uptake, a potential issue just noted above. These two problems, in turn, may undercut the prospects for PGII success, yet another reason for MNCs to avoid embracing it too strongly.

The developing world’s immense infrastructure needs and the China challenge, whether in the form of the BRI or something else, is not going away. As a result, the G7 collectively and G7 countries individually will continue to feel an economic and political imperative to dole out their own broth of infrastructure options. There are multiple reasons to question if this alphabet soup of initiatives will be hardy. Firms should analyze the situation very carefully before finding a place in the soup line.

*The information compiled in the MNCs in the News digest is gathered from sources believed to be reliable, but the Wong MNC Center does not guarantee their accuracy. The content of the MNCs in the News digest does not necessarily represent the view of the Wong MNC Center, its Board of Directors, or its Advisory Board, but is intended for the non-commercial use of readers in order to foster debate and discussion and to facilitate and stimulate research.